Photos courtesy of the Dyer family

Sitting on the back porch of her home overlooking Lake Silver, Karen Dyer reflected on her life, the closeness of her family, and her unique high-profile roles as Orlando’s first lady and as a respected corporate litigator on widely publicized legal cases. We were relaxed, enjoying a sunny, cool afternoon as she spoke fondly of raising sons Trey and Drew in College Park. Known for her warm, friendly manner, it was only when we talked of the Pulse tragedy that Karen’s smile faded and tears formed. Karen’s husband, Orlando Mayor Buddy Dyer, joined us briefly while playing with Sam, their beloved labradoodle.

You went to the University of Florida for your undergraduate degree and also Florida law school. How did you and Buddy meet?

We met in law school. I was a Caudill and he was Dyer, so alphabetically we sat close together. And I always said I needed a smart boy to get notes from! I saw that he was pretty focused. By the second year we were dating, but we were friends first.

When did you get married?

In 1988, a year after we graduated from law school. Buddy was from Kissimmee, and we moved back here after law school.

When did you move to College Park?

1998. We built the house. We had lived in older homes, and we wanted to be on the lake, so we built this. 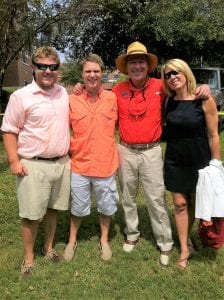 Tell me about the kids.

Trey is working here in Orlando for a company that does website design and is actually in the same building that I am downtown. Drew is still out in Colorado at the University of Colorado in Boulder. He’s studying psychology.

How long have you been with your law firm, Boies Schiller Flexner?

For many years, Buddy was a state politician, and you were a rising lawyer. Life had to really change when he ran for mayor.

It all happened so quickly, the first election, so we had not anticipated it.

What are some of your memories over the years?

We were busy. I remember after he ran for attorney general and lost, and he had termed out of the Senate, that I thought Buddy was going to go and stay for six months in Washington with Bob Graham. I remember coming home from work on Christmas Eve, late in 2002, and my parents had arrived, and Buddy was putting up a trampoline that we were giving the kids for Christmas. I remember Buddy telling me he was going to run for mayor. And the news trucks were outside. I was like, “What?” And I remember it being a real whirlwind campaign, with a hard-fought runoff. We went door-to-door in lots of different, diverse neighborhoods.

What’s your schedule now between here and New York? You’ve been commuting for a while.

I go most weeks to New York. It will vary; sometimes it’s not New York, if there are cases in other places. In 2014 I spent quite a bit of time in Marshall, Texas, a small, little town. The case was Harman versus Trinity. It’s on appeal now to the 5th Circuit federal Court of Appeals. We obtained a judgment, a jury verdict, in favor of our client and a judgment for $665 million. But it’s on appeal. It was a very interesting case and remains an interesting issue. I grew to love that town.

How do you handle the commute? Are you good with it?

Orlando is about one of the best airports to get in and out of. I think that’s one reason you probably see a lot of the pro athletes live here. Because there are so many flights, it makes it manageable.

I spend a little bit more than half of my time here. Half of my work week I usually spend in New York, but we have an office here. The firm is headquartered in New York.

You were the first female partner.

What were some of your career highlights?

The start of the firm in ’97. Being part of starting that firm was exciting. And seeing it grow. There have been some interesting trials. The one in Marshall, Texas, was one.

One went to trial and was very successful for Hank Greenberg, who was the former CEO of AIG Insurance before the financial difficulties. It was a $5.4 billion jury trial in New York, and we prevailed; we were the defendant. That certainly was a highlight.

There are other cases. There’s one that the litigation went on for about seven years. It was in Boston before a federal judge.

You and Buddy have had a difficult year, with the Pulse tragedy.

Buddy gets calls at night when there is something involving the discharge of a weapon. I sort of assumed this was another call; I never thought it would be something like that. It was hard for our family. I’m so proud of our community and how we’ve responded.

I don’t think we’ve really still had the time to reflect. It’s still so fresh. You would hope any community would be like this, react like this, but I’m glad we did.

It really impacted Buddy’s staff. Sam has become the unofficial emotional support dog for the city. Buddy takes her into the office twice a week.

You were a runner for a long time. Are you still running?

I still run, but not as much. I try to run a couple or three times a week.

What are your favorite things to do in College Park and in the City Beautiful?

To look out at my view here. To some extent, to just take it easy and enjoy being here in the backyard. Enjoying the weather. Running. I’m going bike riding in Winter Garden. And the sporting events. Orlando City Soccer has been very fun. We always have something going on; when we can do nothing, it’s nice.

What have you and Buddy thought you would like to do in the future?

And you’re still very close as a family. How often are you all together now?

That’s hard — the major holidays and sometime during the summer. We will go to Colorado probably once a month to every two months. I always tell my kids I reserve the right to move wherever they go!

What would you want people to know about you and Buddy and your family? How would you like to be remembered or thought of? 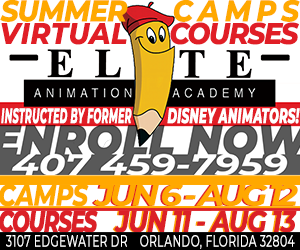